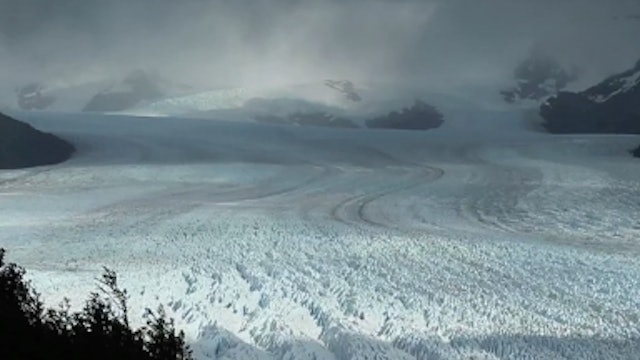 Patagonia includes a region called the Lake District, which is nestled within a series of basins between the Patagonian Andes and the plateau. There are volcanic hills in the central plateau west of the city of Río Gallegos. These hills and the accompanying lava fields have dark soils spotted with lighter-coloured bunchgrass, which creates a leopard-skin effect that intensifies the desolate, windswept appearance of the Patagonian landscape. A peculiar type of rounded gravel called grava patagónica lies on level landforms, including isolated mesas. Glacial ice in the past extended beyond the Andes only in the extreme south, where there are now large moraines. 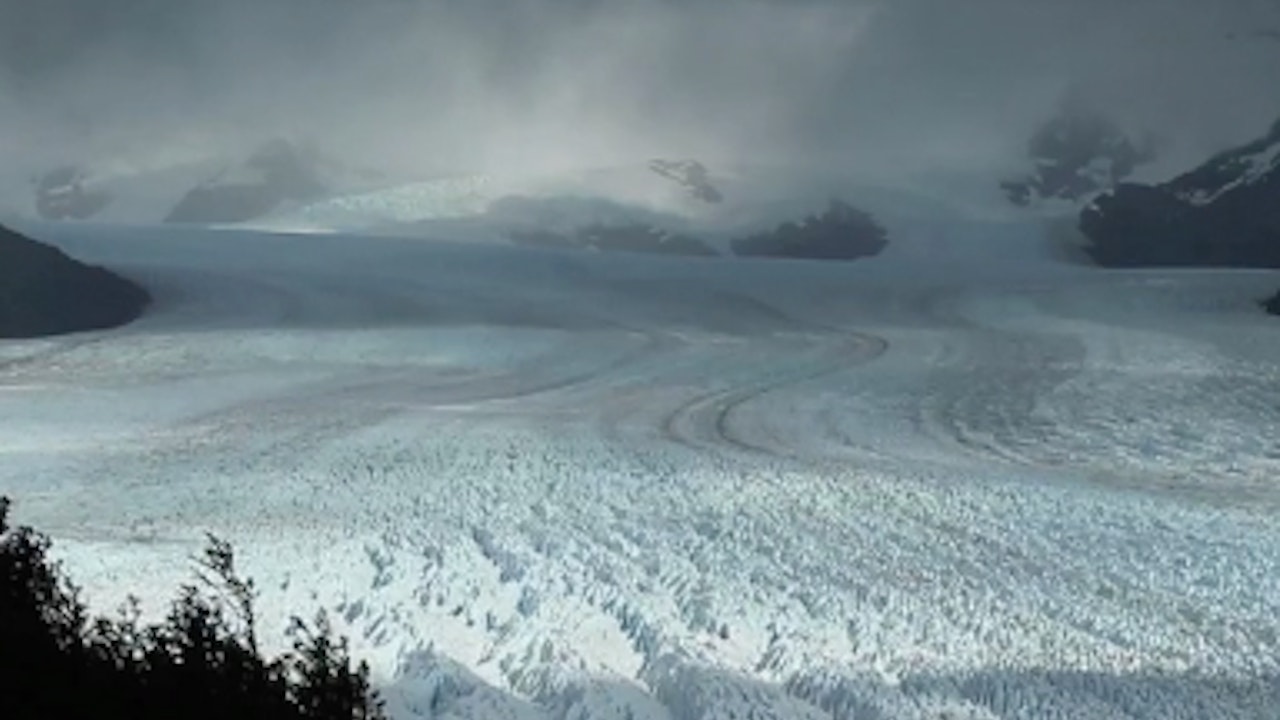